First 60 years of the McLean Institute

Allan McLean was the son of Alexander McLean of Lagmhor Isle of Coll, one of the Scottish Western Isles. Allan was born at Lagmhor, Argyleshire, on 23rd August 1822.His father was a farmer and a fisherman and in addition he owned a small boat which traded between the Western Isles and Ireland. Besides receiving a good Scottish education he, like many Scottish lads at that time, learnt the trade of a cooper. 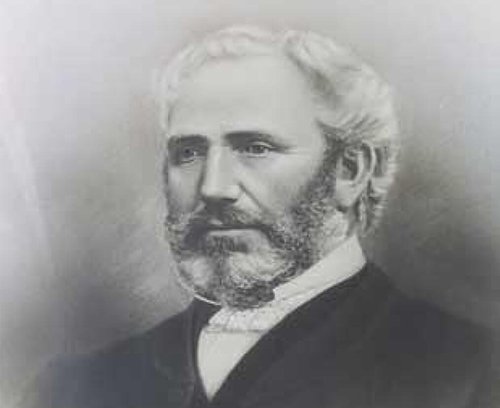 He married Mary, also a McLean, whose father was the Laird of Coll. The McLeans belonged to a well known Clan of that name and apparently a branch of the Clan had existed for centuries on the Isle of Coll. In 1836 Alexander McLean was at sea fishing and during a winter storm his boat was dashed to pieces on the rocky coast of Coll. Although saved from the sea he died as a result of the injuries he received.

He left a widow and five children, namely John, Allan, Robertson, Alexandrina and Mary. John, the eldest son, was 18 years of age when he took his Father's place on the farm. He had Allan and Robertson to help him. Four years later a great disaster overtook the Hebridean Islands. Disease affected the crops, first one crop and then another failed. These dark years are in history still referred to as the Dark Forties. The scarcity of food brought real suffering. Many families on the Island were forced to live on a type of seaweed called caragreen, which is a moss, which they gathered on the rocky shore, cooked and ate.

Mary, their mother, realised their awful plight and after much thought she, with her 5 children, packed their few belongings and with their creels on their backs they made their way over the moors to Arinagour, a tiny village, to sail away from their beloved homeland. This was in 1840. They realised clearly that it was leave the island or die. They reached Tobermory in the Isle of Mull, where many sailing ships had assembled to carry the impoverished islanders to many distant parts of the World. The McLeans decided on Australia. The great winds filled the sails and carried them southward and after a journey which took six months they reached the new land. 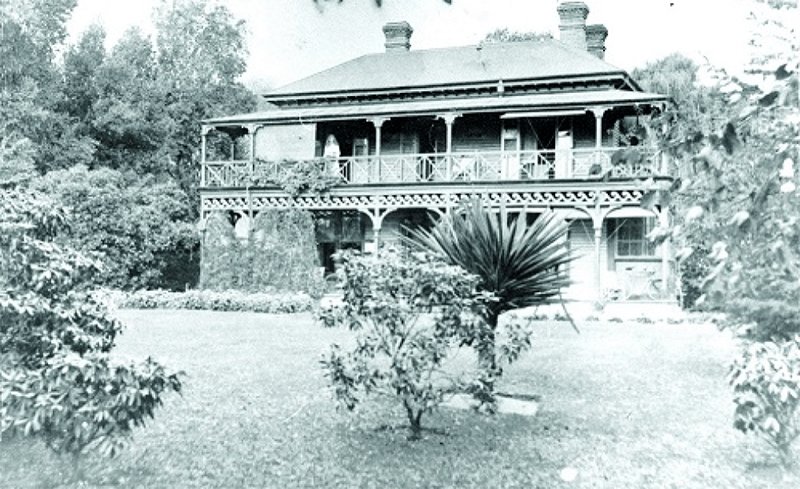 They bought with them loyal hearts, gracious manners, and a real will to work hard. Their steadfastness, their courage and their complete faith in each other held the family together. Mary, their mother, was then 53 years old. John the eldest was 22, and Allan 18. Little is known of their journey to Australia, but Mary must have been a very courageous person to have brought her family to a far away and unknown land.

During their early days in Australia the boys worked on the goldfields at Bendigo and Ballarat. They staked their claims and worked hard. A little later they acquired a small farm and in addition opened a store to provide the miners' needs. As there were no banks in those days, they also did well as gold buyers.

It is interesting to record that while at work in the goldfields a Chinaman, Fan So, warned John McLean of a plot to murder him and steal the gold which he had concealed in a tent awaiting the gold escort. Fan So had swum a river to warn John. The Family never forgot Fan So's warning, and as such he became a life long friend.

They received reports of the great opportunities in Britain's youngest colony, New Zealand. In 1852 they disposed of their properties in Australia and sailed across the Tasman in a small schooner. They brought with them their hard-earned capital and about 500 ewes plus a few cattle and horses. They landed at Lyttelton and joined the New Zealand Pioneers. John and Allan were powerfully built men and both reveled in hard work. After disembarking they drove their stock over the Bridle Path. Following behind was their mother and the other members of the family. Reaching the top they gazed down at the Plains and saw for the first time the land where they were to make their home and spend their lives. Fan So accompanied the family to New Zealand.

Before leaving Australia they, together with one McDonald, had agreed to buy two runs near the Waimakariri River. These runs were No. 37 and 37A, known as Tresilian and Ashfield, and were about 15 miles from Christchurch. The brothers John and Allan divided the land with McDonald. Allan actually started the Waimakariri Station taking 10,000 acres on the eastern part of the property on the bank of the Waimakariri River. Although in John McLean's name, he owned it in partnership with Allan and Robertson. They built themselves a small wooden house with a shingle roof, close to the river bank and opposite what is now McLean's Island. They planted trees to break the nor-west winds. They worked the land while their mother baked the bread and bannocks. John and Allan became well known in Christchurch as they invariably wore the McLean Tartan.

Allan McLean lived on the Ashfield run for some years and worked it until about 1873 when it was sold. John, Allan and Robertson, also held Run 121 called Acheron Bank, South of Coleridge, but they only retained this property for one year. 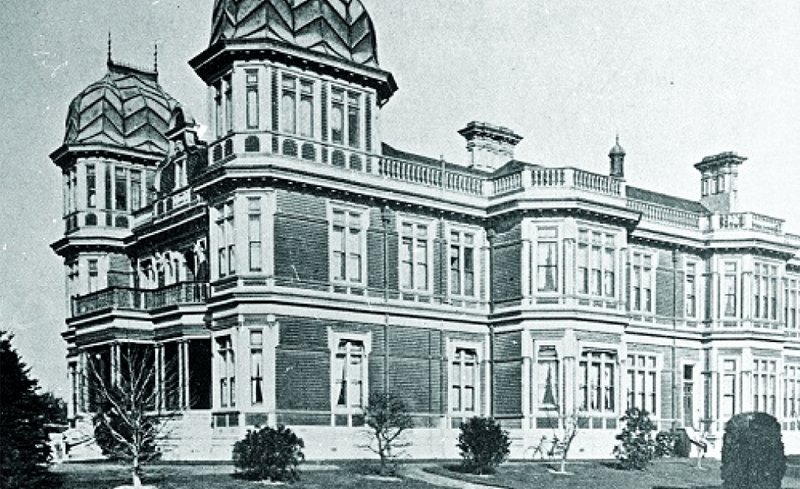 In 1855 an area of approximately 40,000 acres of Government leasehold land on the Canterbury Plains in the Ashburton District, Run 38 was taken up by the brothers. They named this run Lagmhor, after their birthplace on the Isle of Coll. Lagmhor is a Gaelic word meaning "Large Hollow". The McLean Brothers wrote to friends in Scotland and soon Scottish Shepherds with their dogs arrived in the Colony to work for them. Lagmhor Station had 350 miles of fencing and it is stated that eventually 20,000 sheep were grazing in the paddocks. The greater part of Lagmhor was good agricultural land, but parts of it were swampy, and as such, the land was drained where necessary. A great deal of really hard work was done on this property much of which was subsequently converted to freehold then sub-divided, and some of it was sold advantageously. In 1858, John McLean, on behalf of himself and his brothers, took up a huge area of Government leasehold land in North Otago, approximately 370,000 acres in extent, stretching from Oamaru back to the Mountains. This land was largely undeveloped. John named this property Morven Hills after the hills of that name in Scotland, where the main body of Clan McLean lived. John McLean became the Laird of Morven Hills - he ruled over 2,000 square miles of country. This was a tremendous responsibility for the McLean Family. The brothers built a homestead on the river bank 8 miles south of the Lindis Pass, sometimes called Morven Hills Saddle. A large woolshed, which permitted 38 men to shear at one time, was also built.

Early in the 1870's John McLean realised the growing rabbit threat in this area and he wisely sold some of the leasehold. Approximately 60,000 acres of this land was eventually freeholded by the McLean Brothers and some of it was also sold.

Brother Robertson McLean then returned to Scotland, and later died there on 15th February 1871. 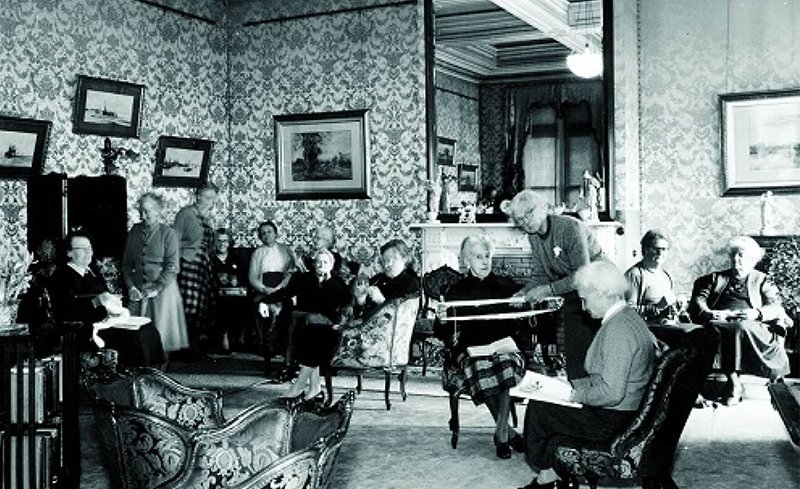 The land thus acquired by the Government was sub-divided into 130 farms ranging in area from 45 to 1,473 acres. There was very keen competition for these farms when they were offered for sale by the Government and some descendants of these original holders are still farming the land today.Leaving Waikakahi Allan retired in Christchurch were he occupied the cottage previously referred to. Allan, who was unmarried, was now 76 years of age. That he always had a very great respect and love for his mother was well known, and in the quietness of his retirement he doubtless remembered vividly the trials and tribulations of the family's earlier life, especially the courage and devotion of his mother in those days. He was now a wealthy may and it was doubtless that while living in this cottage he planned to build, in memory of his mother, a magnificent home which upon his death could be used to accommodate women of education and refinement, who, from circumstances beyond their control, were in straitened circumstances. Thus the idea of the McLean Institute was born.

He increased his area of land to nearly 5 acres with a frontage on Colombo Street and Manchester Street. Having decided upon the type of residence he proposed to build, it is recorded that he duly called at the office of a Mr. England, a well known Christchurch Architect, and when he told the young man at the counter that he was proposing to build a house and wished plans to be drawn, the young man not recognizing the caller handed him a standard plan for a four-roomed cottage. Allan McLean gazed at the plan for a moment and then told the young man that he wanted plans for a house of 40 rooms not 4. He was no doubt promptly in discussion with Mr. England. Late in 1899 a plan was approved and a tender submitted by Messrs Graham & Greig was accepted.

This magnificent residence containing 23,000 square feet generally referred to as "McLean's Mansion" was completed in 1902 and Allan with the aid of a very capable housekeeper, Mrs. Emily Phillips and staff, then went into residence. Many people wondered why an old man (he was now 81 years of age and a bachelor) wanted to live in such a huge house. Little did they know his plans.Without any public announcement of his intentions, Allan McLean appointed George Francis Gee, Bank Manager, Christchurch (husband of Allan McLean's niece Mary nee Buckley) Henry Cotterill, Solicitor of Christchurch and Boulton Merlin Molineaux, Bank Manager Christchurch to be his Executors and Trustees.

He commissioned his Solicitors to prepare what was a very long and clearly expressed Will. This document, after making generous provision for his relatives, his housekeeper and staff, provided for the establishment of The McLean Institute.Upon Allan's death on 12th November 1907 the Trustees announced his magnificent benefaction. His reason for building such a palatial residence as "Holly Lea" (previously referred to as McLean's Mansion) now became apparent to all. It had obviously been his intention to provide and endow this beautiful property to be used as his Will expressed "as a home for women of refinement or education in reduced or straitened circumstances etc". The Institute was incorporated by Act of Parliament "The McLean Institute Act 1909".

or arrange a visit

Fill out your details to receive more information about Holly Lea or to arrange a visit with our Sales Team.